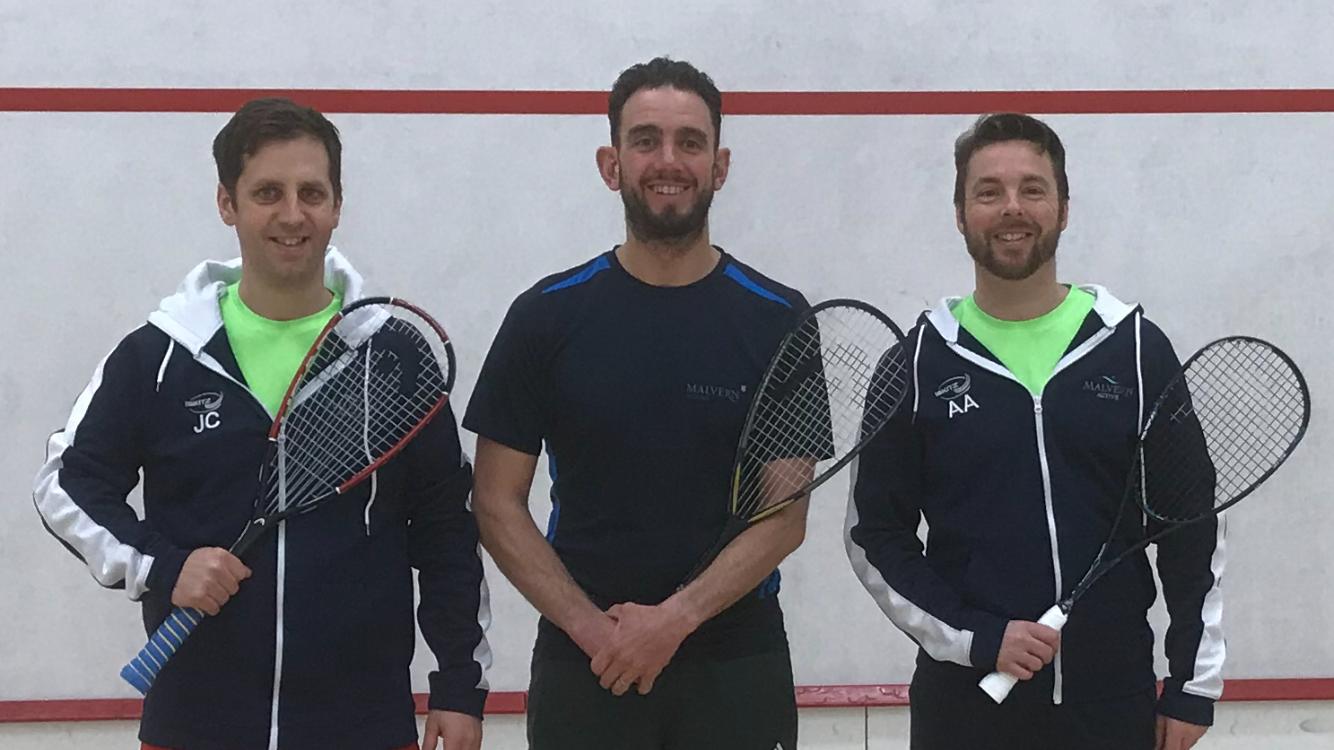 72 players from all over the country competed in 4 graded categories A-D.

Anthony Arnold was the only of the Malvern Active players to progress into the second round with Jez Clarke being knocked out to eventual winner 17-year-old Ben Quinn, and Oliver also losing out to David Finnegan in the first round. This put Jez & Oliver into the plate competition. Meanwhile, Anthony progressed untroubled through the next two rounds and into the semi-final where he lost out 1-3 to a formidable losing finalist 16-year-old Anya Stojanovic.

Oliver won his next round plate match 2-0 but lost out in the 1/4 final. Meanwhile, Jez continued through the following plate stages without dropping a game where he was the eventual winner, defeating Oliver Clarke 2-0 in the grade C plate final.

The A grade final was fought between Jack Turney ranked 310 in the world and Canadian, Ryan Picken ranked 480. Although Ryan took first blood, Jack ran out 3-1 winner in front of a full auditorium.