This tournament attracted amateur players from all over the country competing at varying standards graded A-E and ran alongside a Professional Squash Association ranking event which was eventually won by Professional Miles Jenkins ranked 169th in the world.

Although all players competed well in some entertaining fixtures the Malvern side returned mixed results. The highlight being Oliver Parker who reached the final of the E category although lost out 3-2 in the best of 5 fixture after a gallant fightback from being 2-0 down.

Malvern Active will look for an improved return next year.

Malvern Active compete locally in the Worcestershire Squash leagues. At the halfway stage of the season the 1st team sit second in Division 2 whilst the second team are midtable in Division 3. 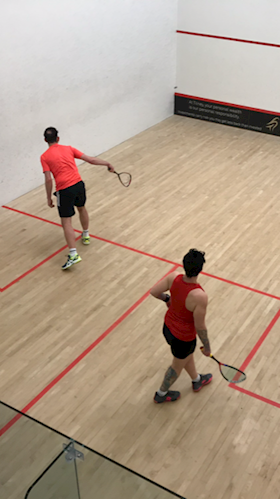